A clock does not measure time, it just measures itself. / Un reloj no mide el tiempo, sólo se mide a sí mismo 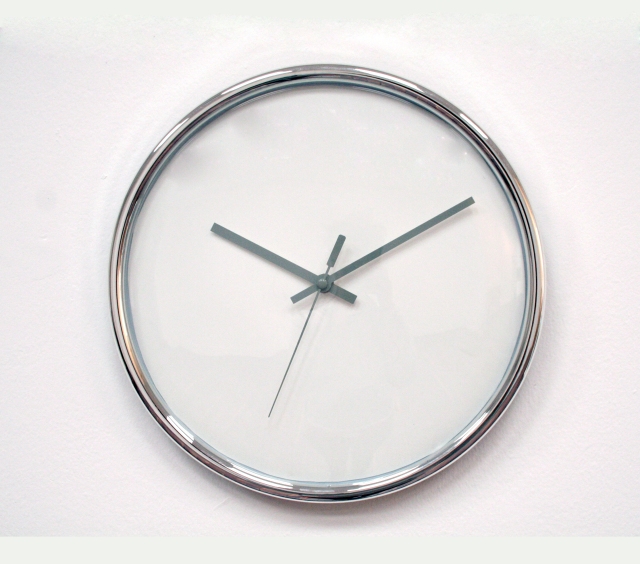 This is a project is progress that assumes the clock as an object and experiments with the ideas of time alteration. This project started from listening a dialogue from the movie “Man from the earth” which stated: the clocks does not measure time, no, they only measure themselves, and the objective referral of a clock is always another clock.

Being so, and association it with other texts that wrote about that the time paradox, it is developed a series of exercises that subvert the concept of time through interventions over the device and its mechanism. Games between pairs, mirrors, camera obscura, and mathematical formulas. 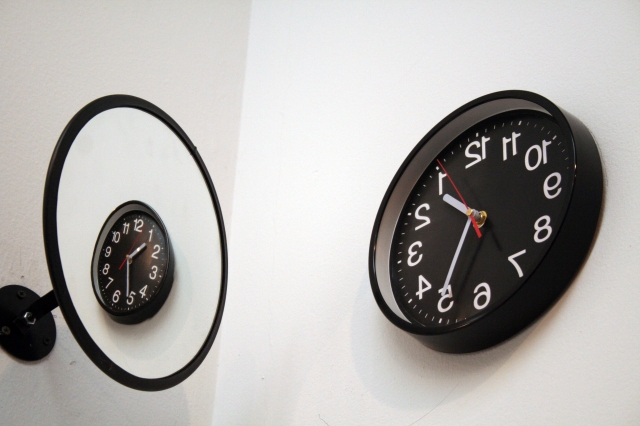 The clock has a mechanism and board reversed and in his reflection you can see it in the normal way. 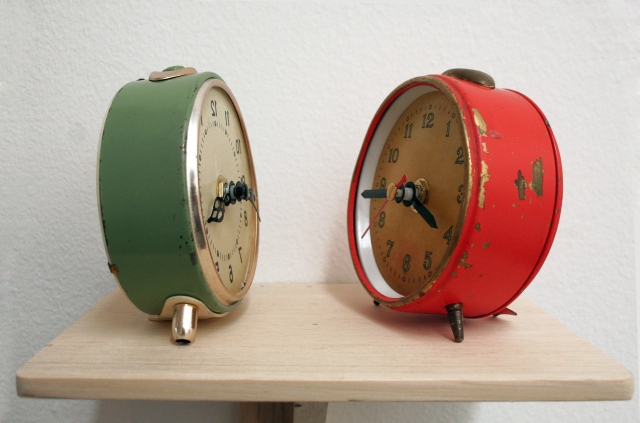 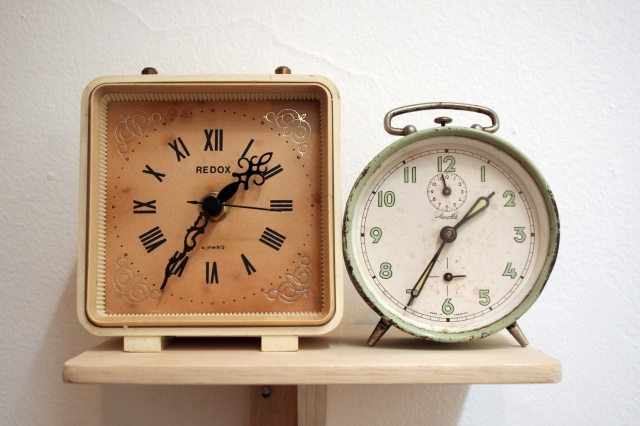 Twin clock. 2010 One clock with clockwork mechanism and the other with pile mechanism 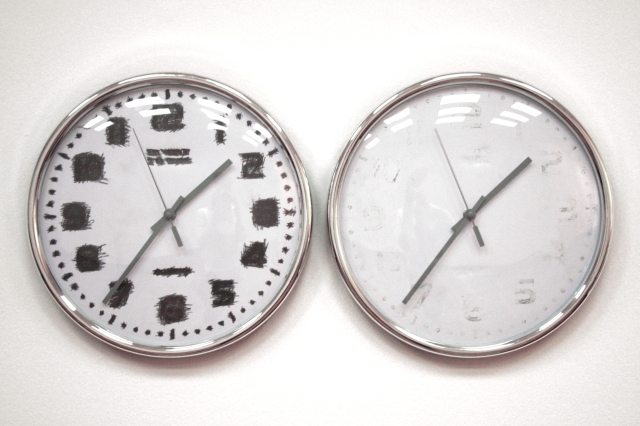 To forget crossing and erasing as is done by writing. Based on the work by Felix González, The lovers.

Interview in Spanish about this project: http://43sna.com/artistas/teuta-angelica/